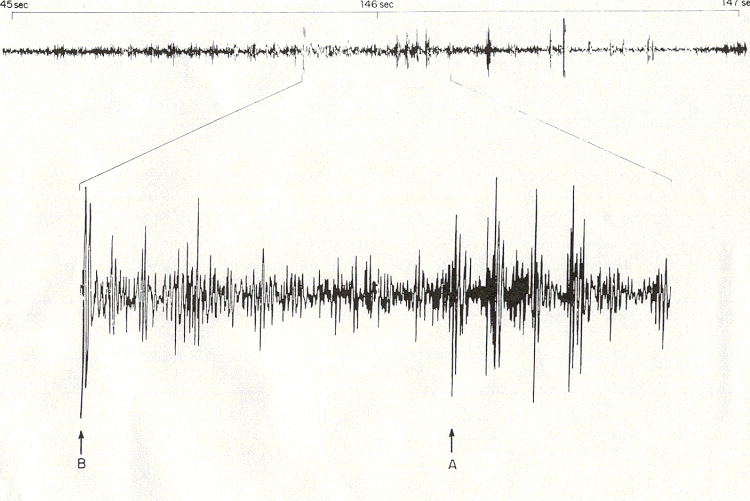 Figure 2. Impulse pattern on Channel I associated with BRSW/WA conjectured grassy knoll shot. The muzzle blast for the original BRSW analyses was at A and that for the WA analyses at B. The marked time scale is different from that of BRSW. Approximately 0.9 second should be subtracted from the scale to make it agree with BRSW, since A on the Figure is at 145.15 seconds on the BRSW time scale and B occurs about 0.2 second earlier than A.

Minimize this window to return.

Back to archive of acoustical evidence

Back to JFK reports and documents menu