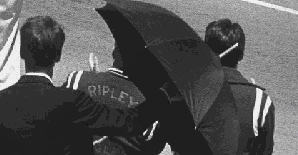 In Oliver Stone's JFK, New Orleans District Attorney Jim Garrison (Kevin Costner) theorizes a conspiratorial role for a bystander with an umbrella as he narrates a screening of the Zapruder film:

CUT TO: the sixth floor shooter firing rapidly and missing Kennedy but hitting Connally (stand in).

CUT TO: the umbrella man pumping his umbrella.(1)

So Oliver Stone's theory is that an extra man was placed in plain sight in Dealey Plaza, pumping an umbrella open and closed over his head on a sunny afternoon, so he could signal the shooters when to shoot or not shoot, despite the fact that any shooter in an elevated position with a telescopic site would have a far better view of the President than anyone at street level.

For some reason, Oliver Stone does not inform the viewer that the "Umbrella Man," as he has become known, was identified in 1978 by the House Select Committee investigating the assassination. His name is Louie Steven Witt.

Here is an excerpt from Witt's testimony before the Committee:

Mr. GENZMAN. Why were you carrying an umbrella that day?

Mr. WITT. Actually, I was going to use this umbrella to heckle the President's motorcade.

Mr. GENZMAN. How had you gotten this idea?

Mr. WITT. In a coffee break conversation someone had mentioned that the umbrella was a sore spot with the Kennedy family. Being a conservative-type fellow, I sort of placed him in the liberal camp and I was just going to kind of do a little heckling.

Mr. GENZMAN. Are you saying you were going to use the umbrella as a symbol for the purpose of heckling? 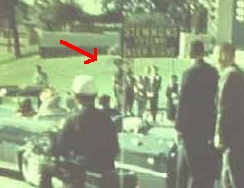 Mr. GENZMAN. You testified that you were opening the umbrella to use it as a symbol hoping to catch the President's eye?

Mr. GENZMAN. Could you elaborate further as to the type of symbol you thought you were applying?

Mr. WITT. . . . I just knew the vague generalities of it. It had something to do with something that happened years ago with the senior Joe Kennedy when he was Ambassador to England. . . .(3)

Mr. GENZMAN. Mr. Witt, some assassination critics have alleged your actions with your umbrella were a signal to an assassin or to assassins to fire or a signal that the President had in fact been hit. Were you signaling to anyone besides the President?

Mr. FAUNTROY. I wonder if you would care to tell us a little more about your understanding of the significance of the umbrella, and why you felt that it would heckle the president to raise the umbrella?

Mr. WITT. . . . It had something to do with . . . when the senior Mr. Kennedy was Ambassador to England, and the Prime Minister [Neville Chamberlain], some activity they had had in appeasing Hitler. The umbrella that the Prime Minister of England came back with got to be a symbol in some manner with the British people. By association, it got transferred ot the Kennedy family, and, as I understood, it was a sore spot with the Kennedy family, like I said, in coffee break conversations someone had mentioned, I think it is one of the towns in Arizona, it is Tucson or Phoenix, that someone had been out at the airport or some place where some members of the Kennedy family came through and they were rather irritated by the fact that they were brandishing the umbrellas. This is how the idea sort of got stuck in my mind. . . . This was in a conversation somewhere at work. I wish that I could remember now who brought the subject up and put this idea in my head. I am sure that I would have taken that umbrella and clouted him over the head somewhere in this last 2 or 3 weeks.(5) 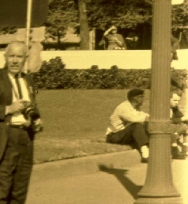 Instead of beating a hasty retreat, Witt
sits down on the curb as newsmen appear

Mr. WITT. [After the assassination occurred] I was somewhat stunned . . . Once the realization . . . [that something terrible had happened] . . . I was stunned. . . . I think one [of] my reactions was knowing that I was there with this stupid umbrella and heckling the President and -- of course, I didn't know that the President had been killed. As a matter of fact, I didn't know he had been shot. I just knew that something had happened by the activity and what seemed to be in the air around me. But I think my own thinking may have been at the time that -- I would have to describe it as a -- kind of like a bad joke that had gone sour, or a practical joke you pulled on someone that had gone sour, since I was there with this thing, and for that purpose.

Mr. FAUNTROY. Mr. Witt, is it your testimony that at no time did the Dallas police or the FBI contact you about your presence at Dealey Court Plaza at this time?

Mr. FAUNTROY. When did you find out that you were a subject of suspicion; that is, that the umbrella man was somehow involved in the assassination?

Mr. WITT. When the committee sent these things to the newspapers, and it was printed in the local papers, in the Dallas paper there. . . .

Mr. WITT. Well, as far as I know, no one was concerned with me.

Mr. FAUNTROY. So that explains, therefore, why you did not yourself contact the FBI or the police . . . because . . . you were not aware that someone with an umbrella in Dealey Plaza was an object of interest?

Mr. WITT. No. As a matter of fact, I wasn't aware that I was an object of interest. As a matter of fact, I have found out since -- within the last few weeks, that there have been countless numbers of books and all sorts of controversies over this thing. But I drifted along all of these years and I have never seen one of these books because I have never been a fan of this assassination thing. I don't go out of my way to read anything about it. So it sort of all has gone over my head up until the last few weeks.

Mr. FAUNTROY. Now, is it your testimony that you did in fact see this picture in the papers in July of this year?

Mr. WITT. I saw this picture right here, the blurred picture in the lower right-hand corner.

Mr. FAUNTROY. And did you recognize it as yourself?

Mr. FAUNTROY. Why didn't you come forward then?

Another shot of Witt staying put as photographers prowl the scene

Mr. EDGAR. . . . Were you frightened about the fact that you had deliberately set out to cause a scene or an embarrassment to the President?

Mr. EDGAR. In what way would it have been dangerous to you or your family?

Mr. WITT. Well, you would have had to have lived in the city to be aware of how things were then . . .

Mr. EDGAR. Were you afraid to go privately to the Dallas Police Department and share the information of what you saw with a police officer in the privacy of a room at the police station?

Mr. WITT. I really don't know. I really think if I had any real thought on this -- and I can't recall one way or the other -- it would be my guess that my line of thinking was I really had nothing to offer other than just having done a foolish thing. 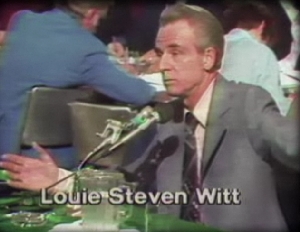 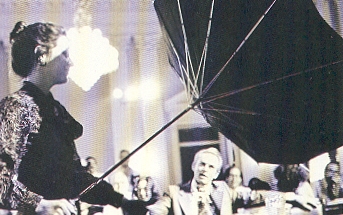 Mr. FITHIAN. . . . Mr. Chairman . . . I am afraid perhaps some might not get the clear significance of the umbrella as the symbol. Ambassador Kennedy took a rather merciless treatment subsequent to his placing his own belief in Neville Chamberlain's policies. These of course came in great disrepute after Winston Churchill became Prime Minister and alter the Munich Conference broke down. . . . I meant to say for the benefit of the witness more than anyone else the sensitivity of the late Kennedy on this point stems not only because of the close family relationship but because he was secretary to his father the ambassador during a part of that tenure, and I think it was all the more kind of a personal thing, and he went on, of course, to write the award-winning thesis at Harvard entitled While England Slept, and a lot of people believe that was again sort of his own trying to wrestle with this bad taste that was left in the mouth of the American people because of Ambassador Kennedy's interpretation of the German British pact at Munich. . . .(8) 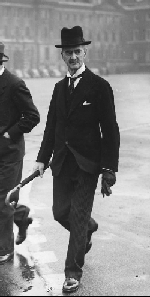 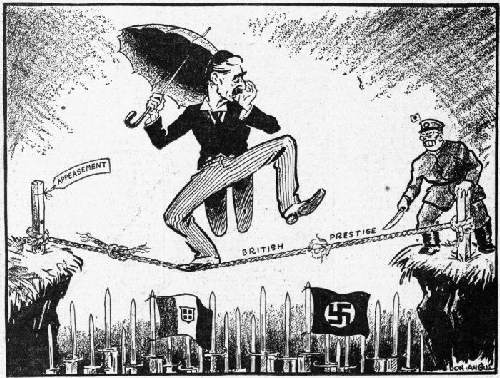 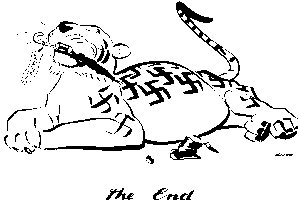 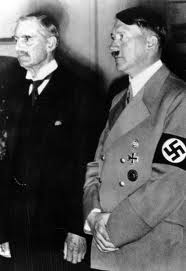 Chairman STOKES. . . . I would extend to you 5 minutes for any comments you may wish to make, to which you are entitled under our rules.

Mr. WITT. I do not think I have any comment. I cannot really think of anything else that I could offer the committee which would be of any help to them. . . . The only other thing that I would care to say is that I think if the Guinness Book of World Records had a category for people who were at the wrong place at the wrong time, doing the wrong thing, I would be No. 1 in that position, without even a close runner-up.(9)

Now, why would Oliver Stone portray the infamous Umbrella Man as a conspirator in John F. Kennedy's assassination without even telling his audience about Louie Steven Witt?
Copyright © 2001 by David Reitzes