What, then, do advocates of the Clinton story have to say about another story, regarding the claims of seventeen separate eyewitnesses who place Lee Harvey Oswald in or near Alice, Texas over a period of several days in early October 1963, when documentary evidence and several eyewitnesses firmly place Oswald in Dallas and Irving, Texas -- 400 miles away.

The two main sources for the following are:

On October 3rd at about 6 pm, Lee Harvey Oswald is reported to have been in Alice, Texas, some 400 miles south of Dallas, 100 miles east of Laredo, and about 40 miles west of the Gulf City of Corpus Christi. He reportedly drove up to radio station KOPY in a battered 1953 model car and asked about a job. He was told to return the next day and speak to the manager.

On October 3 around 6:30 or 7:00 pm in Freer, Texas -- 35 miles west of Alice -- Oswald was reportedly in the B. F. Cafe, asking a waitress if she knew of any job opportunities nearby. She told him there was a plant opening up nearby in November. He was accompanied by a woman resembling Marina Oswald as well as a child of about two to four years of age and a newborn baby, perhaps two weeks old. (Marina was in her ninth month of pregnancy at this time; the Oswalds had a year-and-a-half old girl, June, and would not have a second daughter, Rachel, until October 20th.)

Oswald reportedly wore blue jeans and a dirty white T-shirt, and had several days' growth of beard. The woman accompanying him looked to be about 24 years old, about 110 pounds, and had shoulder-length blond hair. The waitress noted that the woman seemed a little frightened of the man. Oswald asked the waitress how far it was to San Antonio, and seemed surprised to find out that it was over 100 miles. The couple stayed about half an hour, and conversed in a foreign language over pie and coffee. The woman spoke a slight amount of broken English; she said "Thank you" and "Goodbye" to the waitress in a foreign accent. The family left in an old gray car, possibly a 1952 or '53 Dodge or Plymouth sedan .

The next day at about 1:30 pm, Oswald reportedly returned to KOPY in a battered 1953 model car, accompanied by a woman and a 2-year-old child, where he filled out a job application and conversed a while with station manager Laymon "Sonny" Stewart and traffic manager Robert Janca. He mentioned he had just come from Mexico, and said he'd happened to spot the station while driving north on Highway 281. Stewart and Janca recalled his name as "Lee Oswald," and said he was unshaven and wore blue jeans. The woman remained in the car, and at some point Oswald mentioned that his wife didn't speak English. Stewart told Oswald that the station didn't have any openings at that time, but suggested he try radio stations in Pleasanton, 90 miles north, and Simton. Oswald expressed interest in the Pleasanton station, and was last seen driving north on Highway 281 towards that city.

Sonny Stewart called the FBI the day after the assassination, convinced he had spoken to the President's assassin on October 4th. He told the Associated Press, "The first time I saw Oswald's picture on TV, I recognized him. It was like a song [where] you can't remember the name. When it finally hit me who it was, I almost fell on the floor."

On an unknown date, Oswald reportedly bought gasoline in Pleasanton, Texas, and asked a gas station attendant where he could find a pay phone, then requested change for $2.00. He was accompanied by a woman and at least one child in the car; the woman reportedly spoke no English.

On an unknown afternoon in October, Mrs. Ben Parker at KBOP radio station in Pleasanton, Texas, reportedly received a phone call from Lee Oswald, inquiring about job openings at the station. She told him to come by and speak to her husband, the station's owner. Oswald came and spoke with Dr. Ben Parker, who recalled Oswald was driving through town looking for work. He described Oswald as about 5'7" or 5'8", in his mid 20s, with sandy hair, and a "rather dirty appearance." Parker did not have any job openings, and did not see the car Oswald was supposedly driving.

Around lunchtime on an unknown date in October, Lee Oswald reportedly applied for a job at Hill Machinery Co. in Alice, Texas. He filled out an application and spoke to mechanics Leo Sepulveda and M. E. Pope. Sepulveda later specifically recalled his name as "Oswald," and Pope remembered that he'd listed Marine service on the application. Pope described him as about 30 years old, 5'8", and weighing about 150-155 pounds. Pope also recalled Oswald's wife waiting in their car, an old model Plymouth or Chevrolet sedan. After the assassination, Sepulveda and Pope believed the President's assassin had been the man they'd spoken to.

On another unknown date, Oswald reportedly walked into the Hub City Glass Co. in Alice, Texas, and asked for directions to the bus station. He was very agitated and loud, stating he needed to get to Dallas, and said he was going to be "getting there late" even if there was a bus leaving immediately. A glass worker who spoke to him recognized him on television following the assassination.

Around this same time, Oswald was also reportedly seen in the Atlantic Mills Shopping Mall in Corpus Christi, Texas by Mrs. Ellis Brown, whose husband, an attorney, reported it to the FBI after the assassination. Oswald was reportedly accompanied by a woman with a small baby, and the couple looked at clothing. The woman had a "European" look about her, and the couple conversed in a foreign language; as Mrs. Brown spoke French, Spanish, and German, she told her husband it wasn't one of these the couple had been speaking. She later saw them depart in an old model car. After the assassination she told her husband that the man had been Lee Harvey Oswald.

On an unknown date in early October, between 8 and 9 pm, Lee and Marina Oswald were reportedly at the San Antonio International Airport, where they spoke with Hertz Rent-a-Car employee Martha Doyle about renting a car. Doyle said the physical resemblance of the couple to Lee and Marina was unmistakable, and she also had "never encountered people of this type before at the airport."

Oswald, Doyle recalled, said he'd been driving a friend's car and now wished to rent one. Doyle remembered him as being maybe 27 years old, 5'8", 145 to 150 pounds, with light brown hair. He wore a white T-shirt that was so dirty it was turning gray. Marina was described as being about 27, 5'5", 125 pounds, with black hair, and wearing a stained brown dress; she carried a baby. She didn't say anything; she simply smiled, and could be seen to have two slightly chipped front upper teeth. From the way she was dressed, Doyle thought she was probably a foreigner. Both the man and the woman appeared "unkempt." Doyle didn't remember much about the baby; she guessed it was four to eleven months old, and she remembered it sucking on a pacifier. Doyle refused to rent Oswald a car because he had no credit cards. She suspected the man and woman were both unemployed, although Oswald said he was in the publishing industry.

Doyle's story was corroborated by Joan Dunsmore, a clerk at the National Rent-A-Car counter at the airport, who also remembered the couple. The thing she particularly remembered was Oswald playing with the baby by tugging the pacifier in and out of its mouth.

On Saturday, October 5, around 7 am, a motorist, Stanley Moczygemba, reportedly picked up Lee Oswald hitchhiking along Loop 281 in southern San Antonio, and drove him 28 miles south to Leming, Texas, where Moczygemba owned a farm. Oswald told him that he'd recently traveled from Laredo to San Antonio, but was now heading back towards Laredo. Moczygemba described Oswald as mid 20s, about 5'8", 150 pounds. Oswald was wearing a hat and a heavy coat that was much too warm for the weather; the coat was closed up all the way to the neck.

Around this same time, Lee Oswald applied for a job at the Continental Oil Company in Houston, and was interviewed by a Mrs. Sheppard. He told her he had just returned from Mexico with a friend, and that they had attempted to proceed from Mexico to Cuba. He mentioned he was staying at the Savoy Apartments two blocks away. George Ryan, manager of the Stop-N-Go drive-in grocery in Houston, told the FBI that, around this time, Oswald tried on three successive days to cash a $65 check at his store.

To sum up, fourteen witnesses believed they'd seen or spoken to Lee Harvey Oswald in or near Alice, Texas in or around the first week of October 1963, several of them specifying October 3rd, 4th and 5th. Many of these witnesses believed that Marina Oswald was with him. Another three witnesses placed Lee Oswald roughly between the cities of Alice and Dallas around the same time. Some witnesses said he had a car at that time. Several said he did not. Two said he was trying to rent one. The physical descriptions are problematic, though the witnesses seem to have genuinely believed it was Lee and Marina Oswald they had seen, sometimes with one or two very small children.

On the evening of October 3, 1963, Oswald is known to have checked into the Dallas YMCA, where he would remain for three nights. On October 4th he applied for a job at the Padgett Printing Company on Industrial Boulevard in Dallas. He spent the afternoon and night with his wife and child at the Paine residence in Irving. On October 7th, he inquired about a room at a boarding house at 1026 North Beckley Avenue in Dallas, and was told that none was available. Soon after this, he rented a nearby room at 621 Marsalis Street. (Warren Report, p. 737.) According to Marina Oswald and Ruth Paine, Marina was with Mrs. Paine in Irving, Texas throughout this time, in the ninth month of her pregnancy with Rachel.

How to account, then, for seventeen eyewitnesses in or around Alice, Texas who said they saw and/or spoke with Lee Harvey Oswald -- about TWICE the number who would, several years later, place Oswald in or near Clinton, Louisiana?

There are, as far as I can see, only three possible explanations:

1. Lee Harvey Oswald was indeed in and around Alice, Texas at that time, not 400 miles away in Dallas, where considerable documentary evidence and eyewitness testimony place him.

2. Lee Harvey Oswald was impersonated in and around Alice, Texas at that time (for a purpose that would seem to be unclear).

3. Seventeen separate witnesses are each either mistaken or lying. (Could they all be mistaken? Why on Earth would they lie?)

So I ask, particularly of those who believe that Oswald was indeed in Clinton: Which explanation do we accept for the reports of Oswald in Alice, Texas?

Impeaching Clinton
A new look at the Clinton witnesses

Back to Reitzes newsgroup menu 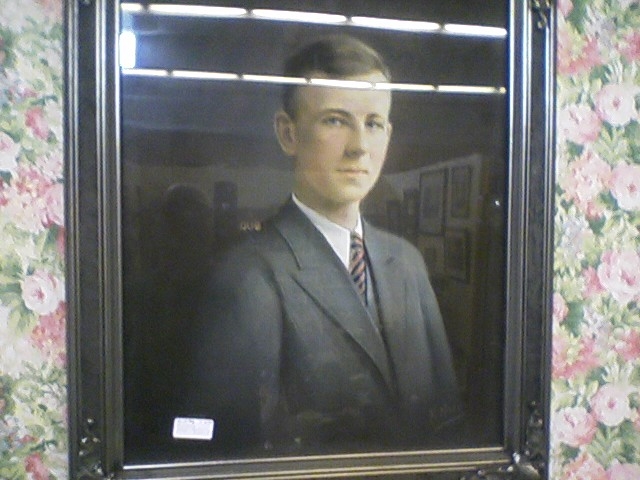