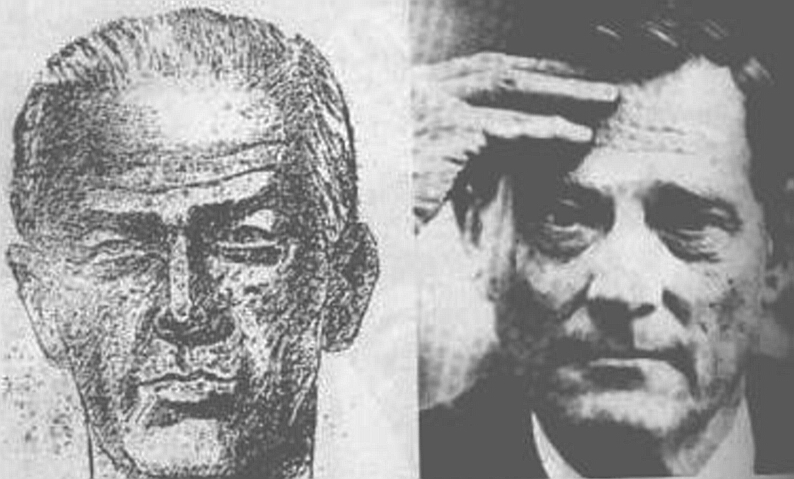 These are two newsgroup posts from researcher Jerry McNally; the second contains excerpts from McNally's interview with Ross Crozier, referred to as "Ron Cross" in Gaeton Fonzi's book, The Last Investigation.

Researchers who only know Ron Cross through Fonzi's _The Last Investigation_ can get a different view of him by reading Gus Russo's _Live By The Sword_.

Gus prints three photos that Crozier took when he worked with Castro before the revolution and gives Crozier's account of how the DRE first provided information on the stationing of offensive missiles in Cuba.

Ross confirmed to Gus Russo that he never identified Phillips as Bishop.

That means that Fonzi found nobody who said that Dave Phillips was Maurice Bishop.

>Have you read TLI and the HSCA's treatment of you on the allegation that David
>Phillips was "Maurice Bishop"?

No. [He remembers talking to an HSCA investigator, but, not to Fonzi. He says he never would reveal the cover name of a CIA officer or say anything to reveal covert operations or to embarrass a high official like Dave Phillips.}

>My reading is that you are cited as being the only person who ever said
>directly that Phillips was "Bishop" – is this accurate?

Somebody said to me once, 'You're going to come out and deny that, right?' and I didn't know what he was talking about.

I remember hearing that name used [Maurice Bishop] around the station. But I just called him "Dave" – everybody did. So, it's not something I could say with any positive assurance. […] [Regarding cover names] You will relax to the point where you'll relax and drop the [cover] names…

>Do you find it credible that in 1978 Phillips did not remember the name
>Veciana, nor had he met him previously?

Yes, that's conceivable … we heard about them ...the info at JM/WAVE … [concerned operations and not the names of founders].

>I understand that Dave Phillips was drinking heavily at this time [when he was quesioned by HSCA] – could that have played a role?

It could well have.

>To you knowledge was Alpha66 assigned a case officer?

No, we knew about them, of course. Well … not everybody … they were a paramilitary outfit, hit and run, using surface craft … I didn't know the names of the prominent personalities, just the name of the outfit and I was right inside JM/WAVE.

>The Maurice Bishop that Fonzi portrays is a rabid Kennedy hater who urges
>Alpha66 to launch raids during the CMC to embarrass JFK and perhaps provoke a
>war – does this sound like Phillips?

Oh, no, no, no, that's not the kind of guy I knew. Dave was concerned about risky operations which could cause the Agency embarrassment [Ross gave details of a covert operation that he had proposed which Dave shot down for those sort of reasons.] ]That's not at all the Dave Phillips I knew. Dave was a very natural kind of guy, you couldn't help but get along with him, he ran a good shop, everybody loved him. You'd work for a guy like that.

>Further, MB meets Veciana & Oswald in Dallas in late summer 1963. Can you imagine Dave Phillips running Oswald & meeting him in sight of Veciana?

That's inconceivable. Oswald was a real freak and I can't see Dave having anything to do with him under any circumstances. Dave was a very high officer … I don't think he'd run a low level operation like this personally.

>Finally, MB pays off Veciana in 1973-74: he gives him $253K in cash in the parking lot of the Flagler Dog Track. Does this sound like something a CIA officer would do?

Who did that? I want to go work for him. I had to account for every penny. [Ross goes on to say that that sum of money would only be available for bribing a very high official who was of high operational interest to the Agency].

In late 2013 I emailed Gus Russo, asking if he could corroborate McNally's first post and shed any further light on the issue. Gus gave me permission to post his reply:

Crozier was a great guy (he freely gave me some great photos for LBTS). He was the one who put together the US version of DRE (not Joannides). I was in touch with him for some 10 years, and he definitely did not know Phillips by the name of Maurice Bishop. Over the years, the only credible Florida-based CIA/Cuban exile I spoke with who knew of Bishop was Barney Hidalgo. He knew who used the cover, but it wasn't Phillips. He didn't want to tell me the guy's name out of respect for his widow and kids (he feared retribution against them from pro-Castro spies in Florida.)

BUT the officer was NOT Phillips, he said. I asked him periodically over the years if he was ready to tell me, but he never was. He died a few years back.

Perhaps someone could ask his kids, who live in Pennsylvania (?)

For what it's worth, I joined AFIO decades ago (founded by Phillips), and got to know many of his friends, and met his widow a couple times. The idea that this respected, patriotic, soft-spoken man would hang around with Oswald is insane. That he would be involved in a plot to kill the President is more lunacy. If people only took a little bit of time to learn about this horrible man Oswald, they'd have no problem knowing he was a violent killer, and a loser that any intelligence agency would stay miles away from.

My opinion? Veciana MAY HAVE SEEN someone who looked like Oswald with Bishop. That is, if the incident happened at all. Veciana had a horrible reputation in Florida exile community (his friendship with Castro agent Cubela didn't help) and many there don't believe a word he said. Also, the HSCA Oswald Chron. shows that EVERY DAY in August and Sept 1963 is accounted for in New Orleans, with no day free to go to Dallas.)

The HSCA account of the "Bishop" episode mentions a man they refer to as "B.H., a former covert operative of the CIA," who "was interviewed by the committee in a special closed session. B.H. was a CIA agent from 1952 to 1970. Between 1960 and 1964 he was assigned to Cuban operations. As such, he testified, he was involved in "day-to-day" operations with David Atlee Phillips. He characterized Phillips as "an excellent intelligence officer" and "a personal friend."

"When asked if he knew an individual named Maurice Bishop, B.H. said: 'Again, Mr. Bishop was in the organization but I had no personal day-to-day open relationship with him. Phillips, yes; Bishop, no. I knew them both."

B.H. would appear to be Barney Hidalgo, referred to in Gus Russo's email.

Russo also sent me a copy of an interview conducted with Antonio Veciana for the 1993 FRONTLINE program, "Who Was Lee Harvey Oswald?" He asked that I not reproduce it in full (for copyright reasons, I gather), but I have permission to quote from it.

Among other things, the FRONTLINE interview sought to clarify whether Veciana thought Phillips was Bishop, and specifically asked why Veciana had told Gaeton Fonzi that "it's not him, but he knows." Veciana was also reminded that Phillips had passed away, so he had nothing to fear from him personally. He was reminded that some had accused him of lying when he testified to the HSCA that Phillips was not Bishop. His response:

VECIANA: I was not lying....Really I do not know who Bishop was. When I appear before the Assassination - when I appear before the Committee, the US Committee, the head of the CIA said that he knew who Maurice Bishop was, but later he denied it. He said that he was confused, he did not know who Bishop was....No. Definitely not. Phillips is dead now and I have - I did -

FRONTLINE: But you have met Phillips.

FRONTLINE: You met David Phillips during the Congressional investigation. Why did you say, 'it's not him, but he knows. He knows.' Why did you think Phillips knew?

VECIANA: I - in the lunch in Virginia and there were about a thousand CIA agents there. I sat with - Former agents. - Former agents of the CIA and Phillips, I sat with Phillips and he was extremely nervous, he was extremely anxious, as though my presence there upset him because I could compromise him in some way. Another reason I think I know Phillips knew who Bishop was was because in his position as chief of the CIA in the Caribbean, he had to know who Bishop was. And for this reason my presence made him very nervous.

Back to JFK reports and documents