Oliver Stone's JFK places a man in a police uniform behind the picket fence on the grassy knoll, firing the shot that kills John F. Kennedy. As noted on the previous page, Stone positions his shooter in the wrong place. The correct location would have created some problems.

But is the "Badge Man" image a person at all?

As Dallas researcher Greg Jaynes points out, the features of the "Badge Man" image are remarkably well defined, while the edge of the white concrete wall, located some thirty-seven feet closer to the camera than the theorized position of "Badge Man," is captured in Moorman only as a sea of gauze and fuzz.

Of course, it is a photographic impossibility for objects further from the focal plane of the photograph to be in sharper focus than objects nearer to it. This strongly suggests that the three images are illusions resulting from photographic artifacts and/or light glimpsed through the trees in the background. Jaynes has advanced another theory that merits discussion.

Jaynes notes that in a photograph taken by Jim Towner moments after the assassination, a soda pop bottle can be seen perched on the low concrete retaining wall, located in front of the picket fence where "Badge Man" is theorized to have been (see below).(1) 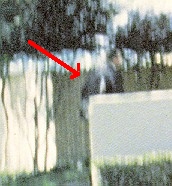 All images courtesy of Greg Jaynes

It is not known when this bottle was placed here, but if it occurred prior to the assassination, it would have appeared in Mary Moorman's viewfinder. Of course, even the best available copies of the photograph are terribly grainy; Jaynes observes that "all you can really see" where the bottle would be "are two white spots above the corner of the wall. Is it possible," Jaynes asks, "that the Coke bottle is the white spot on the left above the corner of the retaining wall in the Moorman photo, and 'Badge Man' is an optical illusion?"(2) 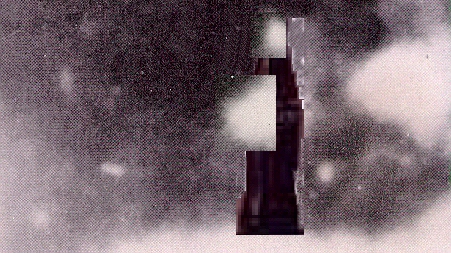 Is this the final solution to the mystery of the "Badge Man"? 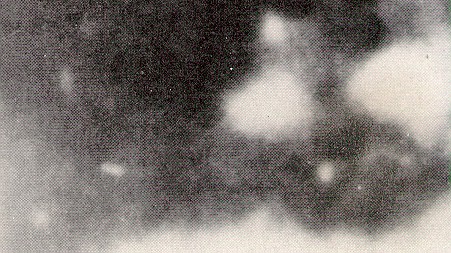 Back to previous page

2. Greg Jaynes, The Scene of the Crime, No. 9, September 4, 1997. Gary Mack, the researcher who discovered the "Badge Man" image, responds: "Some, like Jaynes, believe a pop bottle created the Badge Man image. Our computer enhancements in 1983 proved otherwise. In fact, my studies concluded that the bottle wasn't on the wall at the time of the head shot." (Gary Mack, e-mail to author, October 28, 2001.) "I knew all about the pop bottle and we looked for it at MIT in 1983 and at ITEK in 1993. No bottle, no edges, no distortion of the image in that area, nothing. It wasn't there at that time." (Gary Mack, e-mail to author, October 29, 2001.) ". . . I asked Itek in 1993 [to make a computer scan of the image] and they did it. Their scientists were very interested in the image. One, who participated in their Nix and Zapruder studies, couldn't dismiss the possibility of it being a person either and commented that his left arm was in a somewhat unusual position. When I asked, 'But it is an arm, right?', he replied, 'It appears to be.' But the image is not conclusive." (Gary Mack, newsgroup post of December 20, 1999.) In a newsgroup post to Jerry Organ, Mack writes: "Jerry, you weren't there at the many computer-enhancement sessions I've had done on the original and UPI copy Moorman photos. Scientists who know how to find edges looked for [the edges of the Coke bottle], but couldn't find them. If you're basing part of your opinion on The Men Who Killed Kennedy images, please don't -- they are badly degraded from multiple dubbing. . . . Although the fine detail of the original photo has faded, the 1963 UPI prints retain most of it -- they are the source of our work. Please do not mistake the UPI version with the inferior, extremely grainy print distributed by Associated Press/Wide World, which is the one in Case Closed." (Gary Mack, newsgroup post of October 12, 1999.) "In a nutshell, every scientist who has worked on the image for me realized immediately that it was an image that looked very much like a person. However, no enhancement techniques have, or probably ever will have, been able to clarify the image significantly. Therefore, it is not conclusive, which is exactly what I have been saying since 1982. . . ." (Gary Mack, newsgroup post of March 5, 2000.)